Lost 42 pounds in 7 Months by Running Every Day 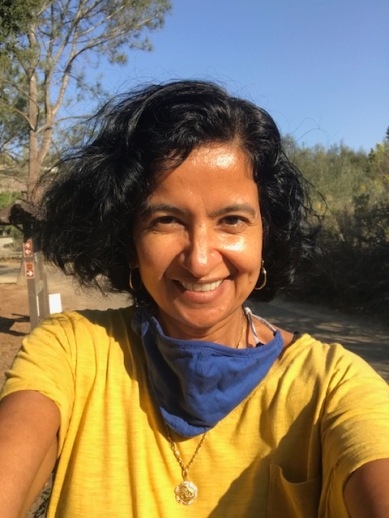 I have news to share, and I know I haven’t been writing that much but this news is important news. I have lost 42 pounds during this awful year when Covid 19 has been running rampant. Yes, I lost those 42 pounds in 7 months! I could easily have put on weight since I worked from home the majority of that time. However, earlier in the year, I had a bit of a scare – the doctor said I was at a risk of getting diabetes – in fact he even told me that I had pre-diabetes. I was shocked! I knew I didn’t want to get diabetes. I have a really good friend who has diabetes and I know how it has affected her. No thanks, I thought to myself – I have to do something about this. The doctor told me that I was overweight. My weight had been up to about 167 as a high this year, and even though I told him I take two fifteen minute walks every day, he said that I need to add an additional thirty minutes of exercise into my day. I told him that in addition, to the two fifteen minute walks, I’ve been going to the gym just about every weekend and do 30 minutes on the eliptical as well as 10-15 minutes on the treadmill. Still, he didn’t seem to be impressed and said that I need to cut down my sugar and get more activity. I was in a daze.

What could I do? I immediately cut out the sugar, and stopped eating those bite size pieces of chocolate with my cup of hot tea at night. I switched to almond milk (unsweetened) instead of milk with my cereal. I stopped eating bananas every day (so sad) as how could a banana have so much sugar? I began to learn things that I had never questioned. I had been informed by Doctor that an entire whole banana plus an apple every day had too much sugar in it and was too much for me. I need to either have half a banana, plus an apple or just the banana. I thought I was being healthy! Also, even though I ate a sandwich with whole wheat bread just about every day, I was now instructed to cut it down to one slice of bread instead of two. I of course had to cut out other things such as ice-cream, cake, and cookies.

I started to go to the gym before work starting on February 25th, 2020 – before the pandemic even started or was recognized to officially exist here in the USA. This is when I started working out every day none stop. I would do at least 30 minutes of cardiovascular exercise in the morning and do my two additional 15 minute walks in the afternoon. I started running every day since March 22, 2020. When my gym at my apartment closed due to the pandemic, I was flabbergasted, and wondered how I was going to manage my exercise needs now and determined not to give up and that I would have to start running outside. I have never really run outside before and during that month from Feb 25 – March 22nd and before running outside, I had started to build up my running endurance on the treadmill. I used to be out of breath after two or three minutes, then I would start walking and catch my breath, and continue with another three minutes of running, until I could run for about 5 minutes. I was then able to slowly get up to running for about 7 minutes and got to the point where I could run for 20 minutes. I was worried about running outside, and wondered if I could do it. I am lucky to have a beautiful trail close by to where I live. It is only a three minute walk away. That first day that I ran and for about a week thereafter, I ran for about 20 minutes per day. Starting March 28th, I was able to run for 30 minutes and did the same the next few days. Starting Thursday, April 2nd, I couldn’t run on the trail as it was closed due to the pandemic. Oh my gosh, all these obstacles! What was I to do? I decided that I couldn’t stop – I realized that I could run in a parking lot, so I chose the Kaiser parking lot not too far from where I live and would get there every morning at around 6 am and run around the lot – about 22 times in total until I had done 30 minutes. It was good that it was well lit. This continued every day until April 25th when the trail reopened and I resumed my daily running there. I still get out of breath, and wonder why I’m not fit now that I’ve been running daily for nine months, but then I remind myself that I’m not a spring chicken, I have to remember that I started running late in life and I don’t have the fitness of someone who first started doing this in their teens or twenties. I believe it’s different if you start later in life, you can be somewhat fit, but never as fit as someone who is a lot younger – but I am mainly describing myself here, I’m sure there are others who might not be like me and might be able to run at 52 without being a little out of breath.

I’ve had a few hiccups along the way. On Tuesday, April 28th, 2020, I realized that I had some pain around my shins. I ignored the pain. I kept running until Saturday, May 2nd when I couldn’t run anymore and had to walk instead. I took two days off from walking on the 5th and 6th, and returned back to walking on May 7th once my new compression socks arrived. I had looked up shin splint injuries on Google, and came across a possible cure for myself, and of course ordered a pair of compression socks from Amazon. On Friday, May 8th, I ran again for the first day in six days! I wore my compression socks of course, and luckily they worked. I’ve been wearing them ever since every time I go out running.

My next mishap was on July 11th when I fell, and luckily I didn’t get too hurt. I hurt my left arm near my shoulder, and had a big scrape. I hurt both knees and had scrapes on them, especially on the left knee, and both knees were sore. My left arm was sore too, near my shoulder, and my right palm of my hand. I also broke my beloved Apple Watch! The screen got damaged and cracked and I couldn’t use the touchscreen anymore.

All in all, I’ve only had about 10 days off from running during this entire time! I was 167 pounds earlier in the year and since I’ve been logging my weight – this is what I’ve recorded:

I have reached 125.2 lbs and been in the 125 lb region on at least three occasions so far, so that is why I have calculated my weight loss as being 42 lbs from the high of 167 lbs to the low of 125 lbs. I have had my blood sugar tested again, and in June the results showed that my hemoglobin A1C was within the standard range, so I don’t have pre-diabetes anymore! However, I continue having almond milk in my cereal, and still try to have less sweets, although I’m not always good. The problem is I have a sweet tooth and that’s what got me into the mess to begin with. I have cut down though and just incorporating the daily exercise into my lifestyle as something that I have to do every day like brushing my teeth just helps keep me on track. I still have that piece of chocolate with my tea, and the occasional cookie or dessert. But, I don’t go over the top anymore, I can’t afford to. Below are some pictures.

What I have learnt from this is it doesn’t matter how old you are – you can do it! Where there is a will, there is a way! I am 52 years old. I started running at 51, turned 52 in October, and if I can do it, you can do it! I challenge myself constantly. Each Saturday, I try to increase my running even if by a minute each time. This last Saturday (December 12, 2020), I ran 52 minutes none-stop, the previous Saturday, I ran 51 minutes. I will keep going until I get to 60 minutes. After that, I’m not sure if I want to run more than an hour at a time.

We have to watch our health, it’s all we have sometimes, and we have to take it seriously. Make sure you know what your blood sugar levels are, ask your doctor if you can be tested. Cut down on your sugar, and increase your exercise. Look after yourself. Stay safe, be happy, be healthy and may we all have a much better 2021!

I love travel, and cruises, and exploring the world. I like taking pictures, and treasuring those memories. I also care about human rights.
View all posts by luchanik »
« Previous post