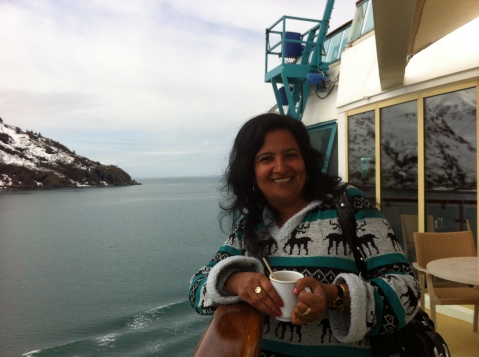 Kids should be able to enjoy their childhood. No child needs to get married.  I was engaged at the age of 14, (see video here) and even though the marriage didn’t take place until I was 18, it had all the elements of child marriage. I was not free to choose. I couldn’t say no. I was too young to know what was happening or to fight for my rights. My human rights were violated, and my freedom to choose was taken away from me. I was forced to marry a stranger, and was put into danger. This happened to me not in India, but in the UK.  Every day, children are not lucky enough to even wait until the age of 18.  They are being forced into marriage at age 10, 12, 14 – you name it.  It’s happening here in the USA, and believe me, it’s happening right in your neighborhood.  There is a child out there who could be a victim of child marriage and you may not even know it.  This is why it has to be brought to the attention of the general public.  It’s only through awareness that we can try to make a difference, that we can even try to bring about change, so this does not continue to happen.   If it can happen in India, Pakistan, Saudi Arabia, Afghanistan, Iran, Iraq, many African countries, in the UK, and Denmark – then believe me – it happens here too!

Here’s an article for you to look at so that you can see for yourself: https://abcnews.go.com/US/child-brides-us-share-stories-exploitation-learning-wife/story?id=64589713  Sometime, it happens because girls get pregnant by their boyfriends, and they’re pushed into the marriage, either by the boyfriend or by the parents, so as not to bring shame on either of the families.  However, many times, one or both the victims don’t even want the marriage, it’s the parents who thrust this punishment onto the child, in the name of culture and or tradition.  It’s no one’s culture to abuse!  We all have to stop this abuse, it’s our moral obligation to do so.  Right now, people know they can get away with child marriage, in fact they can even go from one state to another to the one that will allow them to do the deed that should not be done – child marriage.  I believe that anyone who enables this to happen (cake maker, the priest, the judge, the guests, the parents) is complicit in the abuse of that child, and the longtime suffering they will go through, so let’s just all bring about the necessary action – let’s end child marriage.

Until we raise the marriage age to 18 for everyone in the USA, we will not have done our very best for all children. Did you know that if parents give their consent to the marriage of an under-age child, a judge is very likely to sign off too and then a poor child is doomed to a life no child should have to embark on.  Perhaps they blindly believe that parents have their children’s best interests at heart. But, sadly not all parents do. Parents are often the enablers of this cruel tradition that is a harmful practice.  They are the ones that want their child married, whether it is to carry on a tradition, or to ensure the child marries appropriately, or does not stray into a relationship that would bring shame on the family – there are a multitude of reasons children, especially girls, are married off. Sometimes, it’s for horrible reasons such as immigration, where one person benefits at the expense of another!  However, these reasons are a violation of a child’s basic human rights. Some traditions are best broken or ended, and it’s our job to call out harmful practices when we see them.

Just place yourself in a child’s shoes for just a moment and you will see this is no way to begin a life. A child forced into child marriage now has to serve a spouse in more ways than I would like to describe. However, describe it I must. No child should be subjected to sexual slavery just because they are now in a marriage that they were placed into. No child should be subjected to a life of domestic servitude and control, but this is very likely to happen when they are weak and vulnerable compared to the older spouse who has power and control over them. No child should have their health and safety compromised. Kids should not be giving birth to kids!  I strongly believe in education first, then marriage. So many children are robbed of their right to education and placed into marriage as they are considered to be a burden.

If we don’t stop this cruel enabling of child marriage, we are letting our children down. We must ask ourselves “how would we like to be forced into marriage?”  Let’s stop the perpetual cycle of abuse and also break the cycle of poverty. If kids are not allowed to pursue an education, they are much more likely to remain in poverty and be increasingly dependent on their spouse, and never be able to escape the unhappiness. Unhappiness often leads to domestic violence.  Do we wish them to suffer one abuse after another?  Let them have every opportunity they deserve instead of a lifetime of hardship.

I’m asking you as a very concerned citizen, please open your heart and stop the suffering of children. No child needs to be married. There’s no urgency. Marriage can wait until an individual is 18 years old, and as long as they are not forced into it.  The real truth is that I would prefer that the marriage age be raised to 21 as I believe that when I was forced into marriage at 18, I was still way too young.  How can being 18 be old enough when a week or few months before that you’re a child?  Since I know we have to start somewhere with safeguarding children, I’m still willing to say 18 is way better than the alternative of allowing a child to marry prior to that age, so I’m definitely willing to work with this and hope to see a day when it’s raised to 21.  I definitely say no to child marriage and no to forced marriage.