Trafalgar Square to Houses Of Parliament 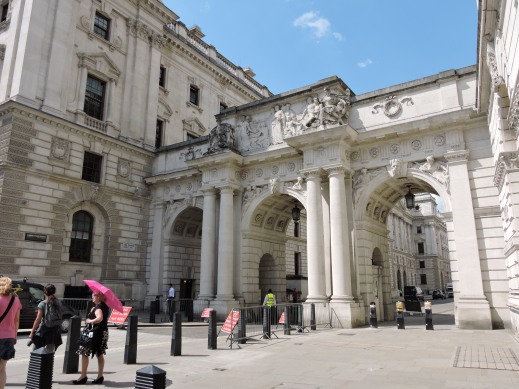 We are still on Day Three of our Five Day Trip to London which was a three week trip in total.  Another week was spent in northern England where my family lives, and one week was spent in Antalya, Turkey (I’ll have to write a post on that at some point soon – I hope).

Today is July 25th, we had left the USA on July 22nd at around 8 pm, and arrived at London Heathrow Airport on the 23rd at around 3pm local time, which was 7 am USA Pacific Time – we were lucky to have caught a direct flight which was a total of 11 hours.  Of course, when you get to England, you kind of lose a day with traveling and then have to put the clock eight hours forward.

This post carries on from the previous one – Trafalgar Square via Whitehall to Horse Guards Parade.  We had just finished looking at the Horse Guard’s Parade grounds, and this is opposite to the Ministry of Defence.  Can you imagine that nearly all buildings in London – even if not exactly touristy, are so beautiful!  To me, they are a treasure, and are all worthy of being photographed! 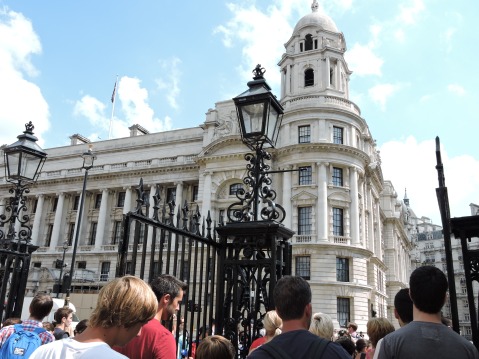 Another picture in the same area. 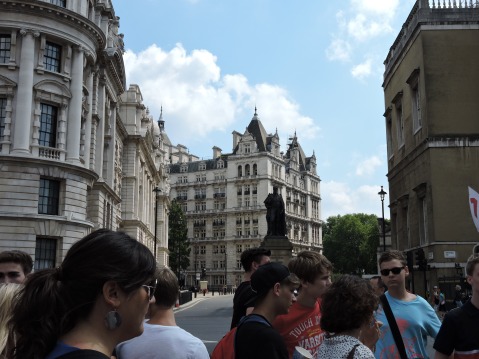 Whitehall, outside of Horse Guards Parade

This person, the Eighth Duke of Devonshire, apparently turned down the job of Prime Minister – his statue is shown in the picture below 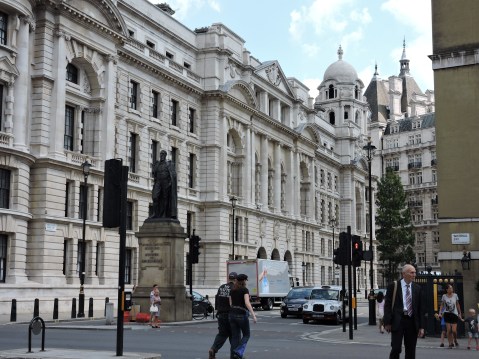 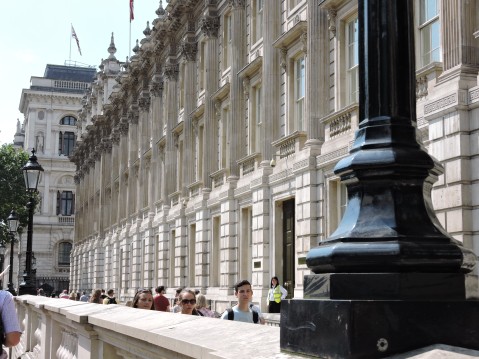 Now, let’s not forget the women of World War Two, they had a significant part in the war too – they served, fought, and nurtured the wounded – here’s their memorial. 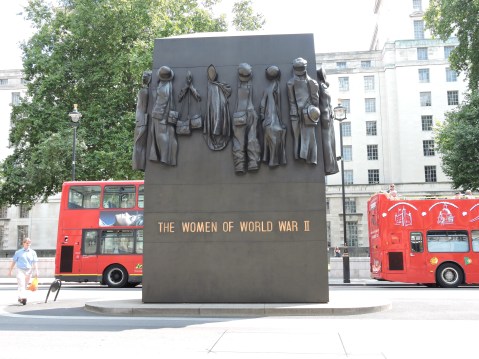 We are coming up to Downing Street, now the home of David Cameron, and when I used to live there, it was home of Margaret Thatcher.  There’s been a few other Prime Ministers in between of course. 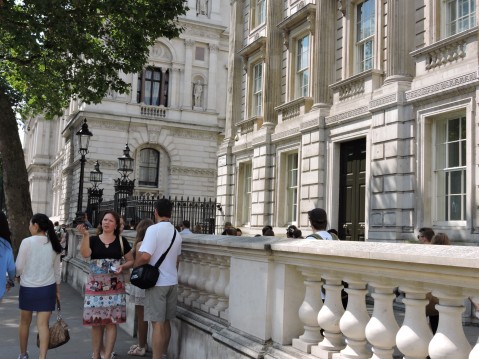 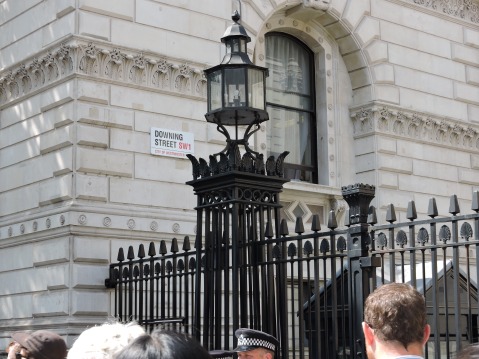 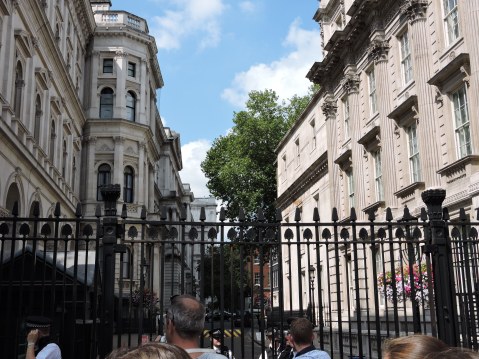 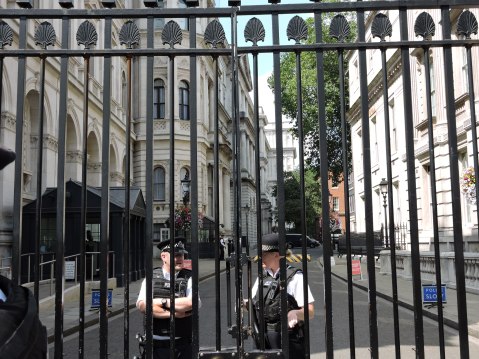 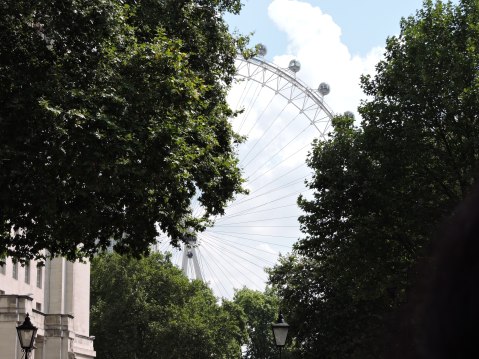 London Eye from near Downing Street

This memorial is significant, it commemorates the end of World War 1. 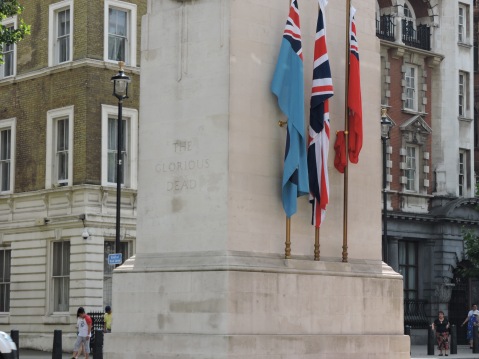 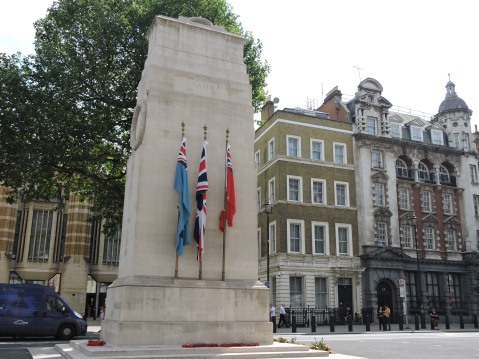 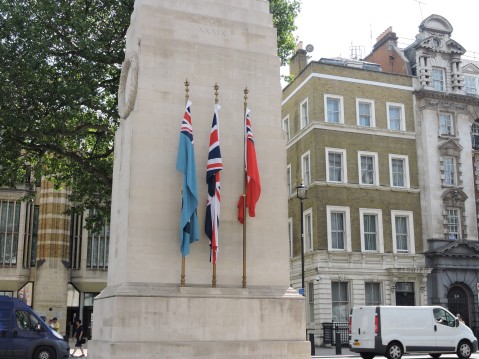 Well, look what else I saw….King Charles Street Bridge.  The arch connects the Treasury building to the Foreign and Commonwealth Office building. 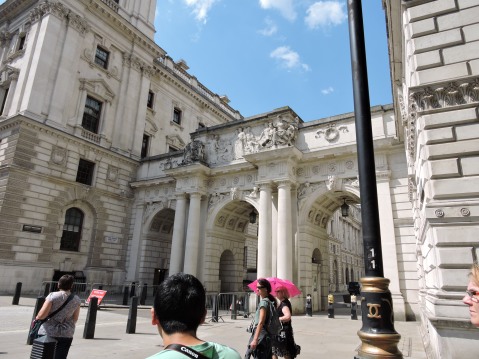 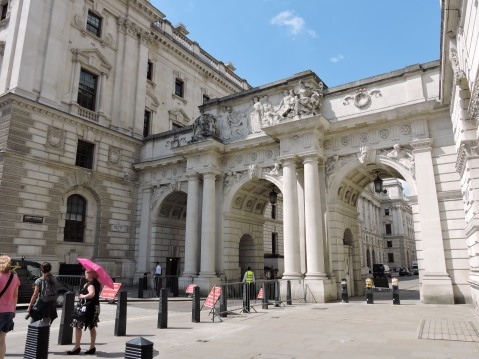 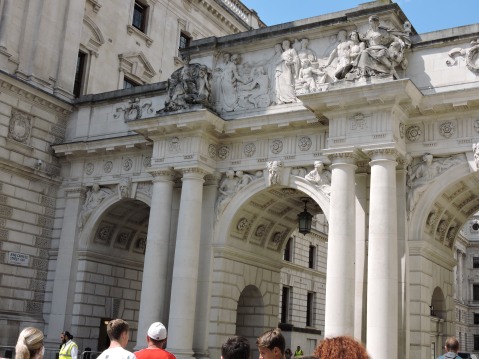 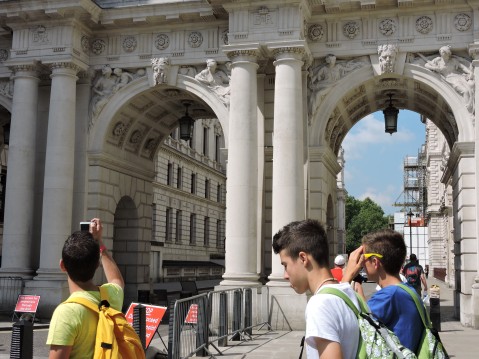 Now, I’m not sure what this building is exactly….but it is on the way from King Charles Street Bridge to 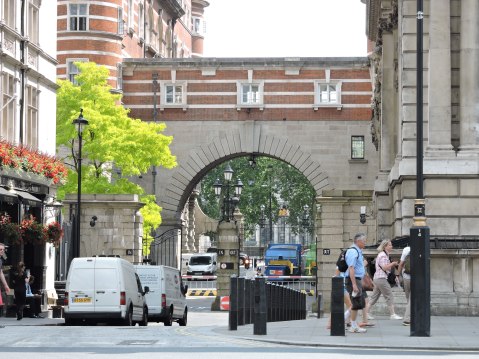 Here’s a building that just looked nice, so I took a picture of it. 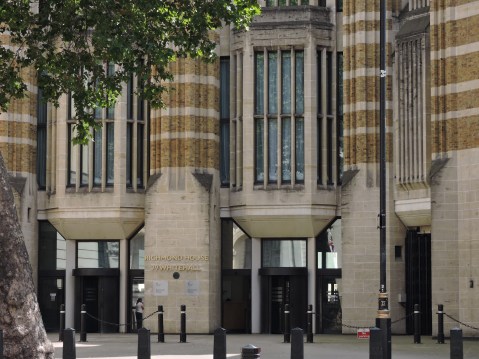 Well, a glimpse of the Houses of Parliament, and now we are getting close to where I was supposed to share more photos of – in this post.  I think I dawdle too much along the way, and get way too distracted.  Just to let you know, it is not that far from Trafalgar Square to the Houses of Parliament – I think you can make it in about twenty minutes if you walk fast. 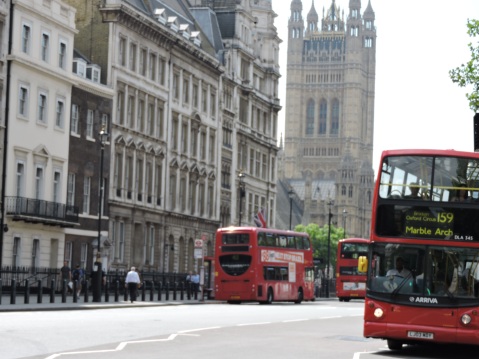 Close by to the Houses of Parliament, Westminster

Next post….I have to share more pictures of Big Ben, Westminster Abbey and St. Margaret’s Church.