Happy Diwali from San Diego again!  This time the festivities took place just outside the Shri Mandir at the annual Diwali Mela on Black Mountain Road in Mira Mesa (about 15 minutes north of downtown San Diego).  The 2012 Diwali Mela in San Diego was held on Saturday, October 27th.

Incase you didn’t see my pictures of Diwali at Balboa Park in San Diego, here are three more: 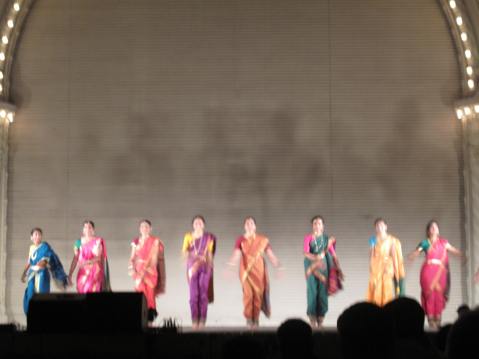 Now for a video where I put a few clips together, but there are many dances that I did not capture  unfortunately.  I also had to cut out a lot from the dances because of background noise.   In this video, first you will see a Punjabi dance – Bhangra (one of my favorites – especially since my family is from the Punjab), then you will see a dance from Rajasthan, and then another few clips.  At the end of this video, you will see some little kids dancing to Kolaveri Di, which is a cute song that turned out to be very popular, and even my little Chandi sings to it whenever she hears it.

I really wanted to add some more pictures in this post of Indian sweets from a local place on Black Mountain Road, which is a great alternative to going all the way up to Artesia (about one hour and 15 minutes away from where I live). Perhaps, I will add some pictures later on – maybe even on November 13th – the actual day of Diwali.  Just fyi – Black Mountain Road is San Diego’s Little India, and Artesia is Los Angeles’ Little India.  I really do enjoy going up to Artesia, as there are more stores and Indian restaurants, but I am beginning to get used to our own Little India in San Diego, and love one or two of the places there, such as Ashoka The Great Restaurant, and Surati Farsan Mart (the place where I will get my Indian sweets from this year).

Here’s the video of the performances at Balboa Park in San Diego at the 5th Annual Diwali Celebration on October 21st.  Here you will see dances from the many regions of India including Andhra Pradesh, Bengal, Kerala, Karnataka, Punjab, Rajasthan, Uttar Pradesh, Maharashtra, and Tamil Nadu.  You will also see the Diwali Lights display towards the end of the video, and then a finale where everyone dances to Bhangra on the stage.

A new addition to this post – it is now November 12th, and I just got my sweets from Surati Farsan Fart, and here’s some pictures of the fantastic selections:

I just had to get some jalebis, these are yummy and so sweet (actually they have a lot of syrup, and have a great crunch to them)! 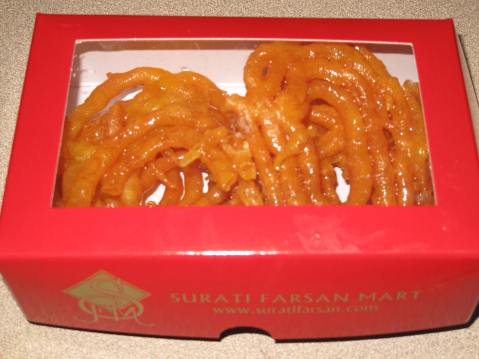 The second box has laddoo in them which can be seen more clearly in the picture below.  Laddoo are the yellowish round balls in the first big box  on the top shelf (on the left).  These laddoo are absolutely delicious, and have raisins in them – they almost melt in your mouth!

I hope you like the videos, and pictures, and I hope you will celebrate in some way on November 13th – even if you light just one or two candles.  Happy Diwali!