Left A Part Of My Heart In London

I think I left a part of my heart in London, and perhaps writing about it or posting some pictures might help my heart-ache and might help me get over London, but I don’t think so.  I have been ever so busy since I got back from the UK about three weeks ago, and have been meaning to carry on with writing about my trip and sharing pictures, but it’s been hard to do so.  I just about got over my jet-lag – that took me over a week to recover from!

Oh, I forgot to show you this picture last time of St. Martin-In-The-Fields

Where did I leave off?  I think I was only on Day Two of my five days in London.  Did you know that I then traveled up north, and spent a few more days in the UK before heading over to Turkey?  We went to an all-inclusive resort in Antalya, and I’ll be writing about that sometime soon.  Here are some more pictures of London.

Walking back from Buckingham Palace, we weren’t really sure how to get to Big Ben, and we kind of just stumbled in that direction. On our way, we saw the HM Treasury.

near the HM Treasury

I just take pictures of anything, so I decided to do it some more 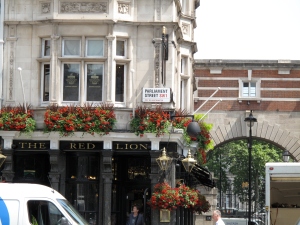 Oh, look what I see!

Palace of Westminster/Houses of Parliament

So, the bus moved out of the way, and the picture is a little different

Funny how the sky seems to change 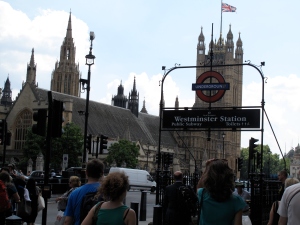 Of course, I have to have one of my kids pose in front of Big Ben!

Oh, how I could keep taking pictures, and did!

Westminster near Houses of Parliament 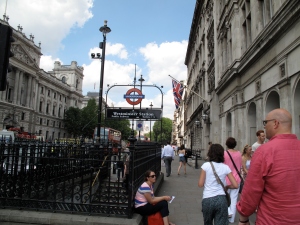 Oh, and why wouldn’t you get all your kids to pose together in front of Big Ben?  Of course, you would! 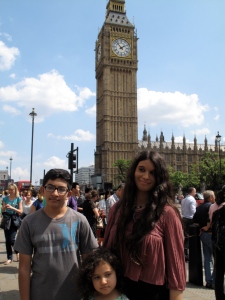 Well, I have to leave off here, and I’m still not done with Day Two!  It’s not that the day was too long, it’s just that there are quite a few pictures to go with the day.  We came back to this same spot the very next day, and got more pictures, including quite a few of Westminster Abbey, not shown in this post – that’s why you have to go back to the same place  more than once at times.  Also, don’t worry about the part of my heart left in London, it’s been left there before too.  Well, until next time!